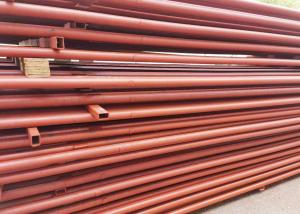 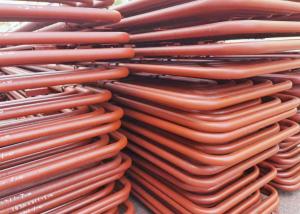 Arrnagement and specification:The boiler has high and low superheaters, the HS is arranged in the flue gas duct after cyclone separators, and the LS is arranged in back-end vertical shaft. The saturated steam is introduced into the ceiling enclosure headers by eight φ108×5 saturated steam connecting tubes on the drum, and then into the lower temperature superheater through φ 42×4.0 tubes, after being heated by LS, goes into desuperheater for adjusting temperature, and then goes into HS through eight tubes of φ108×5, and sent to steam turbine through main steam valve after going into SH outlet header.The LT superheater adopts contranatant arrangement and the HT superheater is downstream arrangement. The collection and distribution of steam adopts the way of width direction to improve non-uniformity of steam flowing and prevent local coils superheated due to steam deflection. 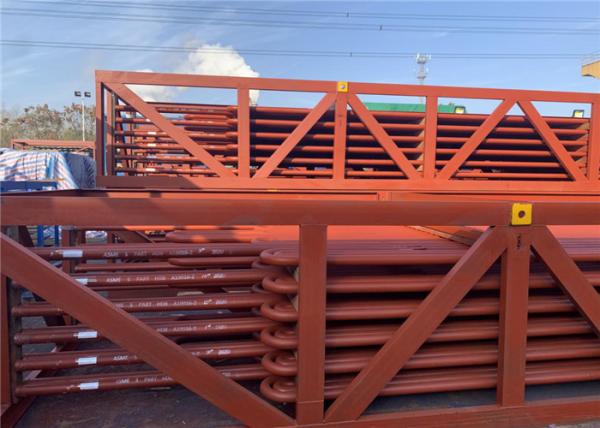 They all consist of a number of parallel pipes and inlet and outlet manifold.
Most industrial boilers do not have superheaters because many industrial processes and utilities require only saturated steam.
Superheaters are generally installed in power stations, locomotives and Marine boilers to improve the thermal efficiency of the entire steam power plant.

Super heater types:
1. Radiant super heater: it is the earliest type of super heater and it is located above or behind banks of water tubes to protection them from direct flam or fire.
Parameters that increases the convection

Radiation is mainly dependent on the flam temperature. as the steam flow rate increases the exit temperature become lower.
Radiant super heater
They are placed exposed to the heat source whcih requires the improvement of metal temperatures.

It is made up of snake-like tubes (carbon steel, alloy steel or heat-resistant steel, etc.) and collection boxes and other supporting material. Tubes generally have φ32, φ38, φ42 or other types of specifications, according to user's needs separately.

Application:
Steam super heater is consisted of dense tube coils and is placed in the flue under the tempearture 450ºC-1000ºC.
For power plant boiler capacity over 10Mpa, platen and coiled superheater are usually adopted. 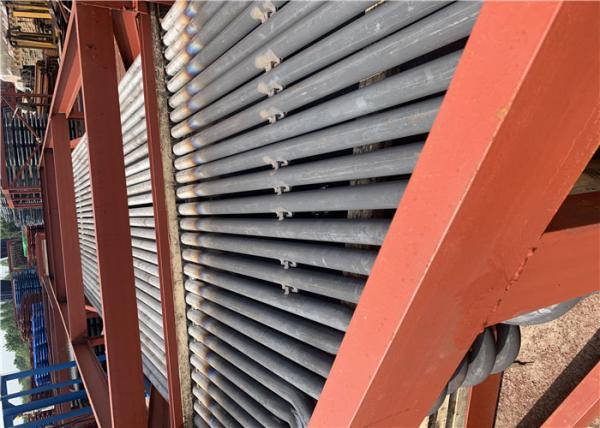 What are the differences of Superheater And Reheater?

Thank you! Your message has been sent to the following suppliers.